Freelance Essay Writers: Who Are They and What Do They Do? 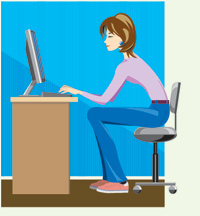 Put simply, freelance essay writers are writers who are not tied to a particular company for any length of time. They are not defined by the kind of writing they do (in fact, most freelance writers do more than one kind of writing), nor are they defined by how much money they get for doing it. Rather, the definition concerns the level of independence of the writer.

Among freelancers, there are many kinds: ghost writers, contract writers, copywriters, and more. Many journalists are freelancers, as are many of the writers who write articles for popular magazines. Again, the key is that freelances do not make commitments to particular companies; they either make and nurture flexible, open relationships with one or more companies, or else work for clients in a direct fashion.

Are you an academic type who wishes you never had to leave school? Do you like relatively steady employment? Then academic writing might well be for you. Academic freelance writers create model projects for clients based upon their specifications.

Do you want to help people get their stories told? Does creativity mean more to you than a byline? Then ghostwriting might be for you – you might not get the credit, but you will get paid doing something you love.

How about selling stuff? Does your heart go pitter-pat when you watch Mad Men? If so, then copywriting might be exactly what you need to make money doing something you love (although instead of sharing martinis in the boss’ office, you’ll more likely be writing ad copy at your computer with a cup of coffee on one side and a PB&J on the other).

If you enjoy writing press releases, blogs, web content, and the like, contract writing might well be for you. There are plenty of opportunities for freelance projects of this sort.

Finally, journalism might be right up your alley, particularly if you have a degree in journalism or a related area. Everything from the fund drive to erect a monument on the village square to the War in Iraq can be material for a news or feature article, and many magazines in particular pay quite well for articles.

It is important to remember that all of these are (or can be) freelance writers – the difference between them depends primarily upon what they write. Given that making a living can be difficult when relying upon freelance work, most freelance writers actually engage in several of these kinds of writing, often at the same time. For example, many academic writers are also working with individual clients to ghostwrite their life stories; many journalists are also blogging, or writing web content; and many folks who sell ad copy are also writing grants for non-profits in their spare time.

What Distinguishes Freelance Essay Writers from the Rest

The key word in “freelancer” is “free.” I can be a freelance academic writer working with a particular company for 15 years, but when it comes time to move on, I can do so without so much as a “thank you and goodbye” if I wish – with no adverse consequences – because that is part of the deal. I can accept projects with a particular organization for the same amount of time, and one day say no thank you – again, with no consequences. Of course, they can tell me goodbye just as easily, but freedom goes both ways.

Of course, it is unprofessional to act in such a fashion, and I can’t imagine who would do such a thing. But the point is that there are no contracts, nothing binding a freelances to one company over another. Freelancers can (and usually do) work with more than one company, often while running their own sites at the same time, and their employers cannot say anything about it. As long as deadlines are met and quality is good, freelancers can work in whatever way they want.

Working for a company carries quite a bit more responsibility, not to mention regimentation. The paychecks might be more regular, but the hours are often set, where one works is often set, and agreements are generally made barring the worker from engaging with other companies. There are pros and cons to each (being an employee versus being a freelancer), and in the end, each person needs to weigh everything against his or her personal situation and choose the best option.